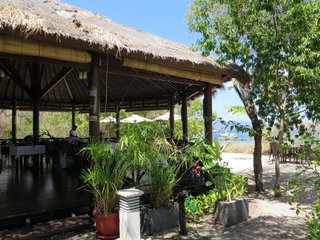 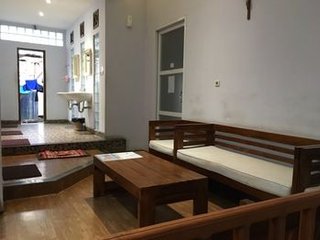 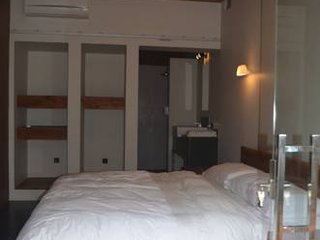 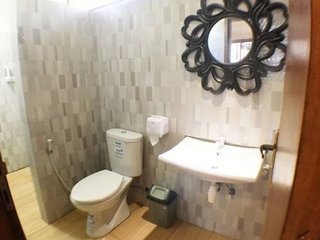 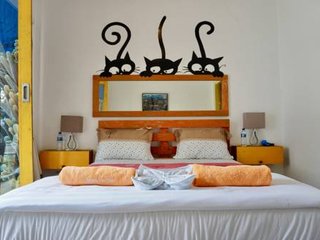 East Nusa Tenggara - Labuan Bajo
USD 33
Hotel 8.4
Cheap Room Rates Golo Hilltop Hotel: Overview. Situated on the top of the hill, Golo Hilltop Hotel Labuan Bajo is a small Boutique Style hotel managed by Dutch offers a spectacular ocean view of Labuan Bajo. Situated 1 kilometer from Labuan Bajo City center, Golo Hilltop is very relaxing and quiet. If you plan to continue your trip to West Flores, Golo Hilltop Hotel Labuan Bajo is one of the accommodations in Labuan Bajo, West Manggarai is the option for having a comfortable stay during your trip. Located around a kilometer from the center of Labuan Bajo village, Golo Hilltop Hotel Labuan Bajo sets on the hill providing spectacular views overlooking Labuan Bajo Harbour and seaside panoramas as well as the excellent sea view. Cheap Room Rates Golo Hilltop Hotel: Rooms Golo Hilltop Hotel Labuan Bajo provides accommodations in bungalow style divided into some types including Standard, VIP 1, VIP2 and VIP3. The Standard Rooms are equipped with double or twin bed, fan, mosquito net, western shower, balcony or veranda. Other types feature the same amenities as in Standard rooms but with air condition. Cheap Room Rates Golo Hilltop Hotel: Services & Facilities. The staffs at the restaurant are trained to serve an a la carte menu including fish and chicken dishes, special vegetarian dishes and homemade sandwiches with the specialty of fresh fruit juices. The restaurant serves the menu for breakfast, lunch, and dinner. Besides ideal for having your meal, the restaurant also has a wonderful view of the sea. There are lots of activities you can do on this island. You can arrange your tour through the travel service that will help you in arranging your tours and transportation. Other services available in this hotel are laundry and airport services as well as the nice garden for you to enjoy.Providing adequate facilities and the friendly services, Golo Hilltop Hotel Labuan Bajo is dedicated to making your holiday in West Flores becomes the great experience ever. Bungalows are spacious, bright and clean with private balcony facing an open ocean. There are different types of bungalows available: fan or air conditioning and cold or hot water.Breakfast will be served at our Seaview Restaurant with a la carte menu. There are freshly baked bread and homemade jam, a range of fish and chicken dishes, special vegetarian dishes and homemade sandwiches and fresh juices made of the local fruits. 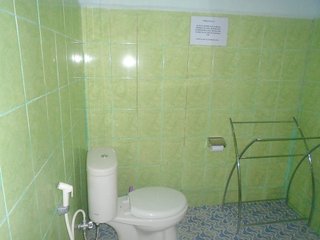 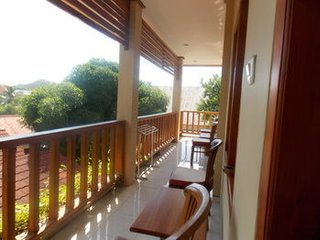 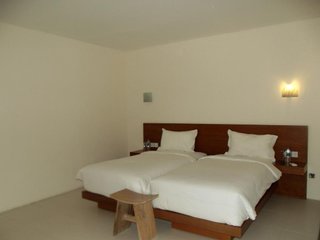 East Nusa Tenggara - Labuan Bajo
USD 25
Hotel 6.7
Cheap Room Rates L Bajo Hotel: Overview. L Bajo Hotel, Modern City Hotel in Labuan Bajo with modern accommodation at best discount rates. L Bajo Hotel provides star hotel services and facilities for travelers seeking for a modern place to stay in Labuan Bajo, near Komodo National Park. For those who want to visit the exotic island of Flores, there is a well-established hotel to accommodate tourists come to this island. Located on a perfect place, L Bajo Hotel is the three stars hotel in Labuan Bajo of West Flores provides luxury and comfortable accommodation. Luxurious and comfort with spectacular ocean view overlooking hundreds of small islands towards the Komodo National Airport. This L Bajo Hotel is located a few minutes walk to the beach in Labuan Bajo, West Manggarai. It needs about 5 minutes from Komodo Airport and close to the center of Labuan Bajo Village. There is a spectacular view of the nature around L Bajo Hotel. You can have the view of the clear water of the beach with its excellent sunset view. Moreover, there is the view of the nearby island, the home of the giant lizard Komodo dragon. The island is protected by the government and is well known as Komodo National Park that becomes the most visited place in Flores. Cheap Room Rates L Bajo Hotel: Rooms L Bajo Hotel boasts comfortable rooms available on story building.  All the rooms come with luxury amenities including the king size bed, AC, 21" satellite TV, safe deposit box, tea and coffee making facilities and IDD telephone. Cheap Room Rates L Bajo Hotel: Facilities Besides the comfortable rooms, there are some service and facilities available in L Bajo Hotel. The facilities provided are restaurant and bar, facilities for water sports, diving and the activity to explore the island of Flores, dive shop, convenience store, an internet connection, laundry as well as room service. 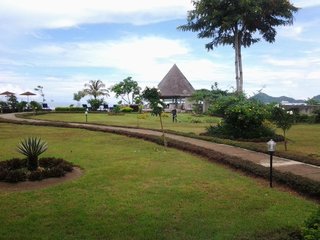 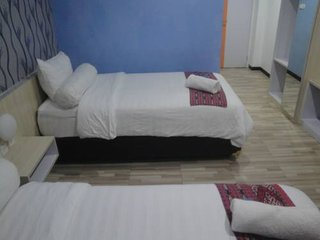 All areas in East Nusa Tenggara

Labuan Bajo is the main gateway to the west of Flores and is home base to explore Komodo National Park. This small town has been growing fast as a capital regency of West Manggarai. The tourism industry has become one of economical resource for local people.

Komodo Island is one of the islands in East Nusa Tenggara and is part of West Manggarai Regency. This small island lies to the west of Flores and to the east of Sumbawa Island. It can be accessed by boat either from Labuan Bajo or Sape. To visit Komodo Island, travelers can arrange flight from Denpasar, Bali to Labuan Bajo or Bima. Alternatively, a bus is linked from Bali to Sape then connecting by boat to Komodo. Suggested Komodo Tours include 3 days and 4 days via Labuan Bajo or Bima. Explore the natural beauty of this small island and refresh your body and soul. Feel like a stranger in a remote area.

Tourism facilities such as restaurants, bars, and hotels are still very simple. Travelers to Komodo shall fly from Denpasar, Bali to Labuan Bajo then taking a private boat to the island of Komodo. The alternative is by public ferry from Sape harbor, departing daily around 08:00 am and arriving Labuan Bajo around 18:00.

Labuan Bajo features some star rating hotels with a swimming pool and others without a swimming pool yet but there is one private boutique hotel with private swimming pool. It is recommended to bring all the travel needs including sunscreen, mosquito balm or spray, and hat.

Quick Booking for our selected hotel in all locations